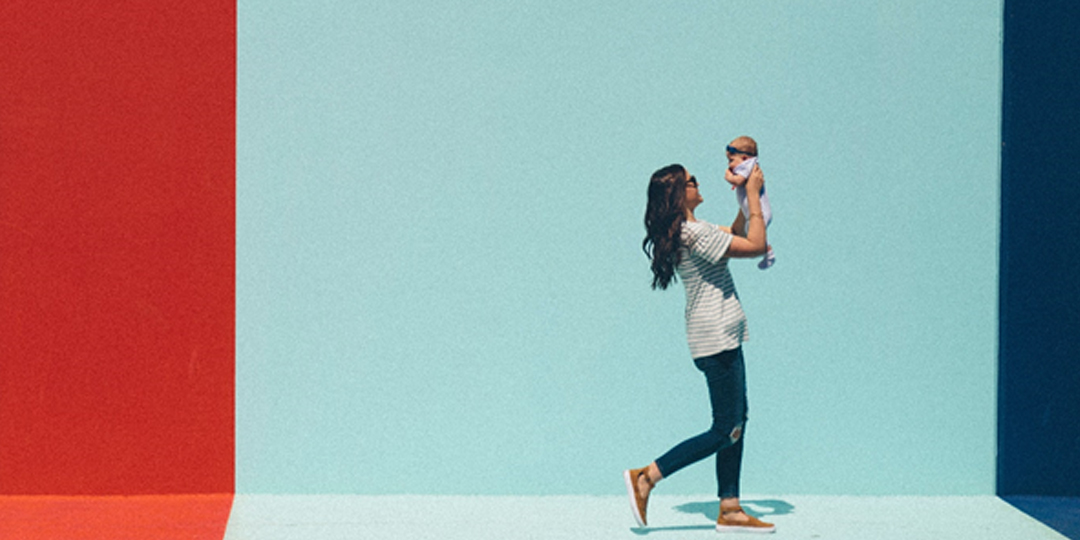 I am a mother of 2 mature teenagers and a 3-year-old. I often get puzzled looks when I tell people. Probably because I look far too old to have given birth to a 3-year-old! So, here is the situation. I was with a man for 28 years and we had 2 wonderful children together. Then I remarried a woman and through IVF we were lucky enough to produce a child who is now a gorgeous 3-year-old. “So what?” I hear you say. Well, the path that led to this happy outcome wasn’t as straightforward as I imagined. I thought that after experiencing motherhood and working in a fertility clinic as an Acupuncturist I was more than qualified to support my partner through IVF and home birth. “Easy-peasy,” I told myself and persuaded my partner that it would be a breeze. Oh, how wrong I was!

Getting pregnant (even when you have sperm on tap) is not as easy as your school Sex Educators would have you to believe. I was terrified of getting pregnant when I was a teenager. I thought getting too close to a man whilst dancing at the local nightclub would cause an unwanted pregnancy. So I stayed away. The vision of the Sex Educator placing a condom over a cucumber has scarred me for life. I could never imagine something so big covered in a see-through car tyre entering my vagina. Yuck!

So, fast forward 30 years to the beginning of our IVF journey and our first task: to find an IVF clinic. It was difficult to find one who would accept my partner because of the quality of her eggs. She was rejected from most of the clinics we approached but we eventually discovered ARGC in London. They were confident that they could help, so we went with them.

My partner was told to rest, given dietary advise (to eat mainly protein and to drink pints of milk daily) and given a huge bag of supplements to take. The program created for us was bespoke and because of this, we would only be updated about progress and our journey on a day-to-day basis. We had counselling and felt happy and confident with what was to follow.

The next step was blood tests so that donors could be matched. Then we had to choose a donor. It was a unique experience – a little like choosing Christmas gifts from an Argos catalogue – as we were presented with a book of men with photos and credentials. We chose a tall blond with blue eyes because we thought that a child with his genes would best match our family for looks. He appeared to be well-educated and creative, a quality we both wanted and hoped our child would be pre-disposed to.

Sperm was ordered and prepared ready for the process. In the meantime, my partner went to the clinic every day at 7 am to have a blood test. We would then tentatively wait till 9 am to know the plan for the day. Sometimes that involved more blood test or drugs. It was a hectic time for us both. It was my job to administer the injections every day. At that stage, we were living on opposite sides of London and so we would arrange to meet in shops, coffee shops, restaurants and friend’s houses whatever was convenient for our working routines. Although quite a stressful time, we were reminded of the funnier moments of the situation that occasionally arose.

One day, we arranged to meet in a coffee shop at Clapham Junction. We both went into the toilet, pulled down the baby change unit and made a sterile area to lay out syringes and drugs. My partner had just loosened her trousers with the prepared syringe in her mouth when suddenly the door flew open! Gawd knows what that poor lady thought was going on in the toilet!

Injections went on for 3 months along with daily blood tests, ultrasounds, immunity drips, and acupuncture. A small fortune was spent on eating breakfast out every day in fancy cafés near Harley Street (which were delicious btw!). An enormous amount of money was spent on the tests and drugs and my partner’s hormones were off the scale! It’s something that you really can’t prepare for. Your only thought is to get to the end of the journey when you can cradle your new-born child, your little miracle.

And then, the moment of truth came when sperm was washed over a few preselected eggs. We were told to wait and hope for the best. The news came via phone mail to say that unfortunately, it hadn’t worked. It was a sad time made even sadder at the thought of going through the process all over again. We found it distressing, to say the least!

The next time, the clinic said that they would be more selective and chose 3 of the best eggs and 3 superior sperms. Shortly afterwards we got the news that all three had taken and would be placed into my partner. The thought of 3 babies made me panic! How would we walk along the pavement with such a huge pram? Where would we live? That sports car that I had always dreamt of would have to be replaced with a bloody bus!

Anyway, my personal pity party only lasted a few minutes as I was told to put on a gown for the procedure. My partner lay on a bed, I sat next to her and the doctor came in. He quietly opened a hatch in the wall. Inside it was warm and dark – a room of petri dishes, each one full of love and hope of becoming a human.

The procedure was simple and quick. All we had to do now was wait – again! Soon came the news that we were hoping for – the pregnancy test was positive! Hurrah! At the scan, we were told that we were having twins. It was so exciting. After a few weeks, we had another scan. It was then that we learned that only one baby was growing. We were still delighted, of course, but sad for the lost twin.

Fast forward nine months and we come to the birth. The birthing pool was ready in the kitchen. We covered the windows in silver foil, to create a safe space and to avoid prying eyes. The music playlist was ready, the candles were lit, contractions had started, the hypno birthing course was proving really useful and everybody was chilled in fact, everything seemed to be going well.

I called the midwife who instructed me to call back in an hour or so. So, I was in charge? And then it dawned on me…OMG! Why did I think this was a good plan? At least in a hospital, you can ask questions and help is at hand. Anyway, we got with the program. We meditated, breathed together and got to 17 hours into the labour. The midwife finally turned up with some gas and air (just in time) and the labour continued. We had been awake now for a day or so and we were both completely shattered.

The birth itself was as scary as hell. My partner was in pain, the midwife was concerned which in turn made me concerned. All the midwife’s instruments were laid out on our dining room table in preparation for the actual birth. Now I really wanted to be in a hospital! The baby’s head was crowning for what felt like an eternity. I could hardly breathe at this moment but thankfully, she was born safely, and all was good.

One month later and we are in the throes of visiting family and friends with our very own precious bundle of joy. It was clear that my partner and my baby were stealing the limelight and I was completely ignored. It took me back to the days when I had just given birth and how my then husband might have felt along with every other birth partner. I guess this is mostly why they throw themselves back into work as soon as they can. Feeding times are perhaps the worst. Special times between the mother and the child and that is great, but it can make you feel as though you are watching from the side-lines and, well, simply detached from it all.

In my clinic, I go back to the birth of each person. There is always trauma, and some have more than others. The mother has trauma and so does the birth partner. In some cultures, the whole village rallies around to care for the family when a baby has been born. I wish that could happen in the UK. I believe that mothers often go back to work too quickly, and their partners can’t take too much time off either. It creates an awful lot of stress in houses across the UK. Labour and birth can be the cause of PTSD for all parties involved in the process.

I am passionate about trying to educate people in the trauma of birth. It is possible to help people who suffer, and I really want to try to make a difference for people who have been affected. Please get in touch with me if you want to know more. Why not book my free 15-minute consultation for an informal chat? Perhaps we can start the process of recovery together.